Alumni Trailblazer on a Path to the Intersection of the Environment and Human Health
February 28, 2022
Alumni Spotlight 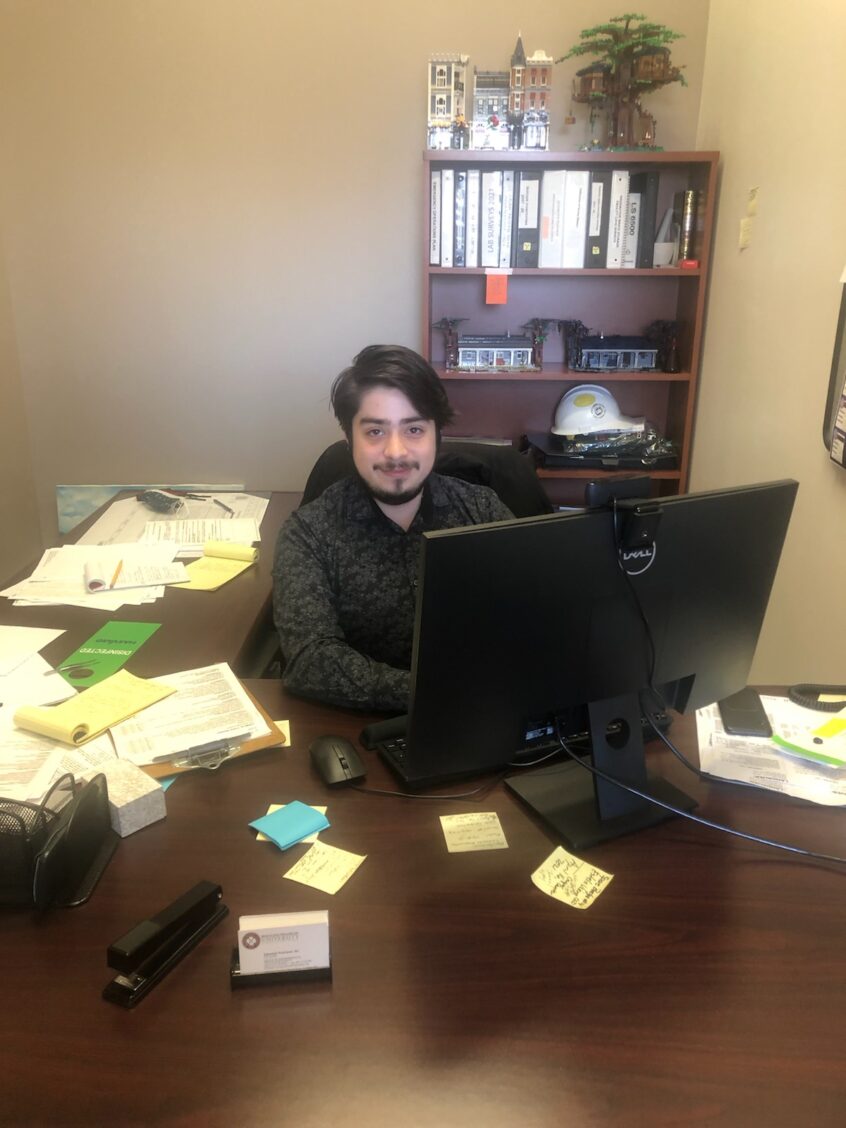 Sebastian Rodriguez was 14 years old when he first decided he wanted to combine his passion for scientific knowledge, with his commitment for helping community members in Waukegan and North Chicago improve and safeguard the environment and their health. “I always look for something I can improve upon,” says the 24-year-old CRSM Class of ’19 graduate who now works nine minutes away from campus as an Environmental Health Safety Specialist at Rosalind Franklin University of Medicine and Science.

“Good enough,” is not enough has been the spirited approach that has been Sebastian’s hallmark since his freshman year at CRSM. That’s when he fell in love with science and “the betterment of my community.” He volunteered for CRSM-sponsored food and clothing drives, alongside his classmates (and often with his mother Edith at his side.) At his work-study job at EMCO Chemical Distributors. he spent days alongside the chemists in the lab to create more efficient technologies to protect the environment.

“There is no question that the teachings of Dr. Odiotti and everyone at Cristo Rey, and my mom, taught me never to forget the community in your hometown and to come back and make a change,” says Sebastian. “The words ‘be a person for others,’ are the soundtrack that always play in my mind.”

Graduating in 2019 with a double bachelor’s degree in public health and environmental science from Johns Hopkins University, he has spent the last three years traversing the country from Texas to Montana, Washington DC and NYC in a myriad of roles supporting research and action to help ensure healthy environments. He’s been a park ranger at Lake Roland Park in Baltimore, Maryland, an air-quality inspector, and an environmental technician before landing his current role specializing in radiation safety at Rosalind. For the last two years, he’s been part of a five-person SWAT team that monitors, controls, and reduces radiation exposure in the anatomy laboratory and other learning centers throughout the medical teaching university.

Sebastian has put his drive and determination for public health and safety to good use.

When he’s not at work, he’s a board member for the North Chicago Public Library and a volunteer at the North Chicago School District. He works part-time at Feed My Starving Children in Libertyville and was a seasonal “brick specialist” at the LEGO® store in Gurnee. The intricately detailed, 3,036-piece Treehouse and a 4,000-plus piece cityscape, along the hard hat with the sticker logos marking his portfolio of work experiences on the bookshelf behind his desk at his first-floor office at Rosalind honor his dedication to innovating and building big dreams. The Johns Hopkins license plate cover on his navy-blue Toyota Scion speaks volumes about his mantra that has carried Sebastian on his journey: “if you put your mind to something and work hard, you can make it happen.”

Lessons he’d like to share with CRSM students: “Recognize and understand there are different ways to find success. Be okay with adapting and realize that adaption doesn’t mean you are compromising. Always stay focused on your end goal.”