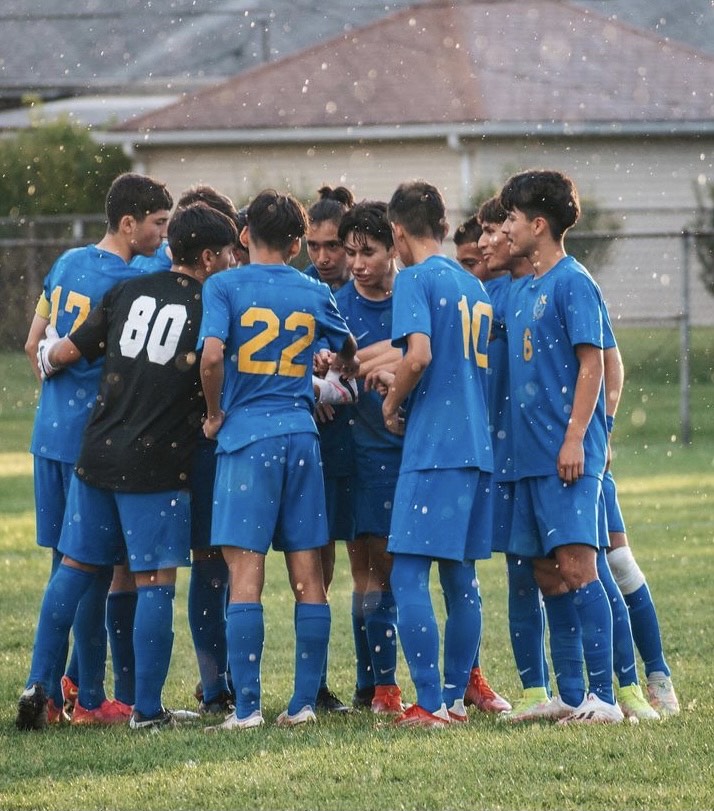 After winning the sectional championship, the CRSM Boys Soccer Team faced the Wheaton Academy Warriors, for the Super Sectional title last week. The historic season came to an end on October 26th when the CRSM varsity soccer team lost their playoff game against Wheaton in a close game of 1-0.

“Although, it wasn’t the result we were after there was a lot accomplished this year and they have set the benchmark for years to come. The loss hurts today, but it will make us better tomorrow. It was CRSM’s best season in its history and they should be very proud.” said Jesus Martinez, assistant coach. The Knights moved up the ranks to #9 from #34 in IHSA 1A rankings and in the state of Illinois went from being ranked #219 out of 442 teams to #86 by the end of the season.

The 31-member team faced many obstacles along the way, including the fact that for some of the weekday games certain players couldn’t take the field on time or at all because they are at their Corporate Work Study jobs, said Martinez.

The Knights finished 16-6-2 under the direction of head coach JP Morales. They won the Cristo Rey Invitational tournament, Regional Finals, and Sectional Finals, losing the final Super Sectionals in a close game. This has never been done in any season.