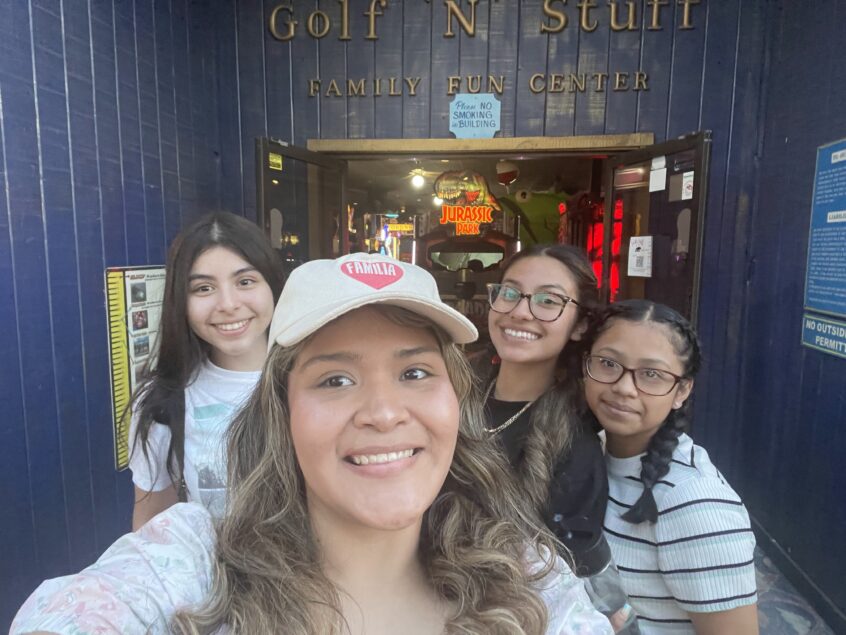 Last month, five recent CRSM grads traveled to the southernmost border section between Mexico and the United States to witness first-hand the plight of asylum seekers and to better understand the humanitarian crisis at the border.

The goal of the annual trip is for recent CRSM grads to immerse themselves in the issues at the border by meeting with people intimately involved: human rights activists, Christian leaders, border patrol. There was a lot of dialogue with people who are living the reality of the border crisis every day. Underneath the educational surface, the trip “created powerful spiritual lessons for the students and guides,” said Jim Dippold, Director of Campus Ministry.

Students from CRSM traveled June 9th through 13th with their peers from St. Viator High School in Arlington Heights to Nogales, Arizona and across the border of the wall, a 25-foot fortress that separates the U.S. and Mexico.

There, they walked the migrant trails in the desert, visited several asylum sanctuaries, and trekked along the wall. They also listened to stories about the violence along the border from faith leaders, founders of the sanctuary movement and volunteers.

“We saw how unsafe it is for immigrants,” says Maritza. “It hit close to home and was very emotional for me because my mother crossed there and was caught once but tried again and made it. She was 18, my age.”

“The students observed the trail of human suffering,” says Lori Felix, college counselor who accompanied the students on the trio. She says she and her peers couldn’t help but “be heartbroken” by the bewildering U.S immigration system that often diverts desperate seekers of asylum into detention lockups to fend for themselves.

“The desert was littered with shoes with no soles, discarded backpacks, clothing and water bottles, all the signs of people who were so close to their hopes and dreams but most likely didn’t make it,” says Felix.

At one of the sanctuaries, the students prayed with asylum seekers. Each student was given a rosary that belonged to a failed asylum seeker so they could pray for the immigrants seeking new lives. “You realize that the rosary you are holding held all the hopes and dreams of someone,” says Charlize.

All the students on the trip said they plan to find ways in college to advocate for better treatment of asylum-seekers and a broader understanding of what seeking asylum is all about. They also would like to inspire people young and old to advocate for changes to our immigration system.

One of the key learnings, says Daisy, was that people seeking asylum are not here “illegally,” but are following U.S. laws established decades ago to protect people fleeing violence in their home countries.

“I know that I will look for opportunities in college to create more awareness of the immigrant crisis,” says Daisy.