Duke Alumna Has a Catalytic Vision to Tell the Stories of the Marginalized
March 30, 2022
Alumni Spotlight 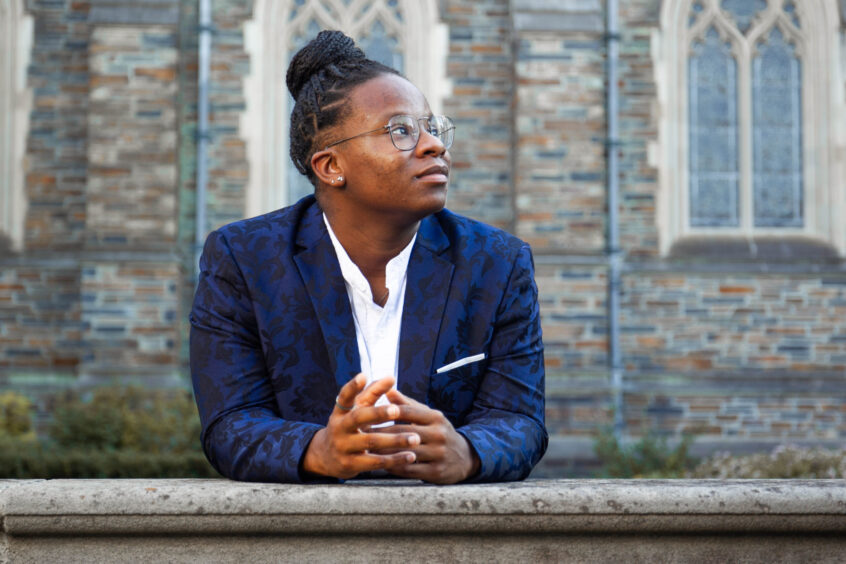 Like many visionaries, Kala Juett has grand ambitions, which fall nothing short of becoming a prominent storyteller in the film and movie industry. She hopes to shift the culture to more of a focus on social change and give voice to those whose stories have been silenced.

Last year, when the CRSM Class of ’16 alumna graduated with a BA in Visual and Media Studies from Duke University, she reached a critical milestone to realizing those ambitions. This year and next, she’s working as a Catalyst Fellow at the Durham, North Carolina University. In that role, she helps Duke students on their path to becoming Duke alumni, creating self-aware, resource-heavy foundations now for the easiest transition to post-graduation.

“The most important lesson I have learned is to be intentional, to ask for the help you might need,” she says. “Coming to Duke was a whole new world for me, but you never have to feel like you are alone. There are people to help you and that is what I am doing right now, helping students gain confidence, connect with others who can mentor them and tap into their unique strengths.”

Next stop: She’s focused on a dual MBA and MFA and is currently applying to schools across the country from New York City to Los Angeles.

“My long-term goal is to be a film or movie producer telling the stories of people who aren’t able to tell their own stories,” says Juett, 23. “I want to showcase stories that capture what is really going on in society, not ROM-COMS or fairy tales, but more documentary, real-life stories.”

At Duke, Juett was a member of the elite Alice M. Baldwin Scholars, a four-year women’s leadership program. Eighteen incoming freshmen are selected each year and scholars are expected to positively influence the culture for undergraduate women at Duke, offering new ideas about how to measure academic and social success. 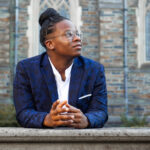 During her four years of college, Juett also served as the president of the Zeta Phi Beta Sorority, was a member of the First-year Advisory Council Board, and a 2018 Common Ground Co-Director, an organization where members reimagine what an equitable and just campus could look like for all Duke students.

The oldest of what she describes “three Army brats,” Juett lived in Round Lake Beach during her high school years at CRSM.

A Schuler Scholar at CRSM, Juett also was active in Lady Knights Soccer, Lady Knights Basketball, Freshman Student Council, Junior Student Council, Executive Council and the National Honors Society. Readers may remember her as one of two featured students in a CRSM video, “A Day in the Life,” which won a Mid-West Emmy in 2016.

At CRSM, she says she learned “a lot about being persistent, a lot about having the grit to carry on.” “I learned it is up to each of us to create our own legacy and to find a way through [our legacies] to give back.”